In certain circumstances it may become necessary to re-open periods in order to post additional transactions.  For example, the Auditors may require adjustments to be made after year end to a prior period in a prior year.  This program facilitates such re-opening of previous periods. However, if you re-open say Period 10 in the previous financial year, then the system will automatically re-open periods 11 and 12 as well and also any closed periods in the new financial year. You must then, after entering the additional transactions, re-run any necessary reports, and re-close each period in turn and also the Year End, followed by the re-closing of previously closed periods in the new financial year.

If you re-open a period in the Sales or Purchase Ledgers the system will automatically re-open the accompanying General Ledger for the period(s) in question. 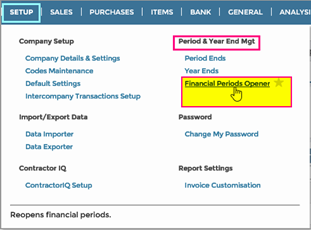 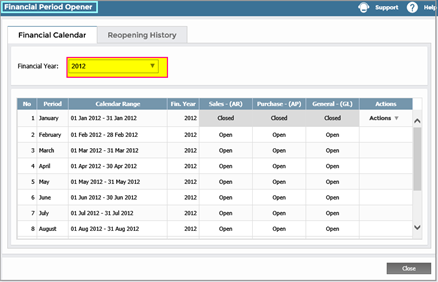 Using the “Financial Year” Drop Down, select the previous year; 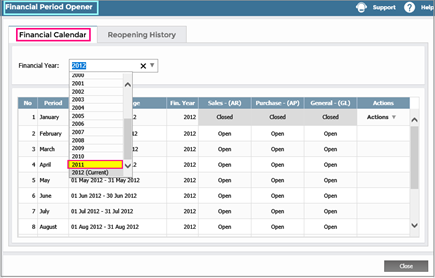 This will display the following; 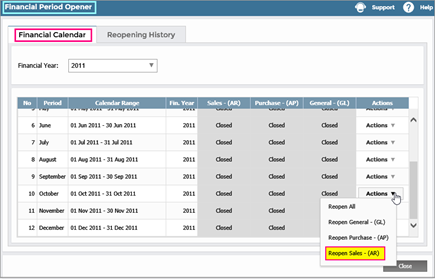 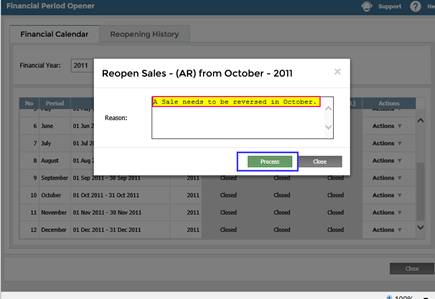 For Audit purposes you now need to provide a “Reason” for the re-opening.  After Clicking on “Process” the following will display; 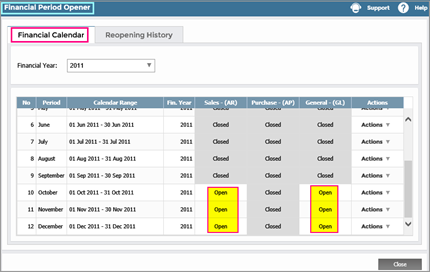 All Periods from and including Period 10 are now re-opened and the Current Open Period is set to Period 10 in Year 2011.   Note that, as well as the Sales Ledger having been re-opened, so also has the General Ledger. The Year End Journal which transferred the Balances on the Income and Expenditure Account to the Revenue Reserves is also reversed.

You are now in a position to enter transactions into any of the open periods in both the Sales and General Ledgers.  When you’ve finished you must close each Period in turn, re-running any reports which may be required, followed by the closure of the Year End which will re-calculate the Balances on the Income and Expenditure Accounts for the year in question and transfer them to the Revenue Reserves Account.  You should now also close any New Year periods which were previously closed.

You can examine the History of Re-Openings here; 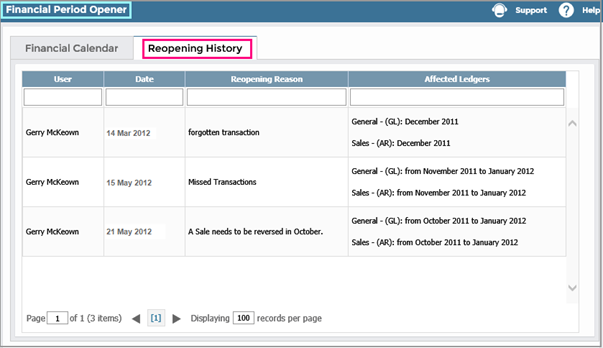 How do I Close a Financial Period and Financial Year?

1.     Introduction: The Company Financial Calendar is established during the ini...